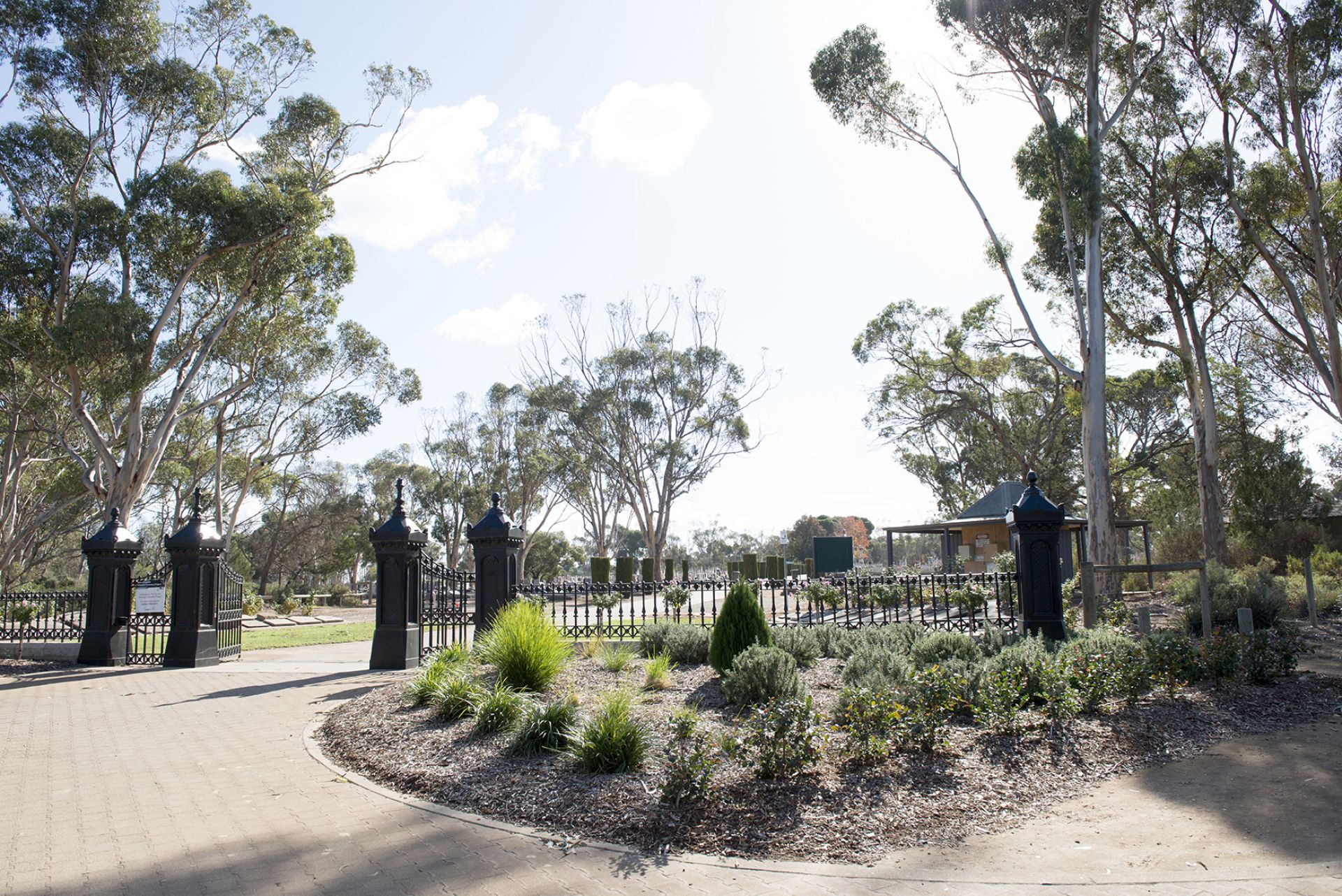 Willaston Cemetery situated at Dawkins Avenue, Willaston, was opened on 1 August 1866. It was one of the first large public cemeteries to be established after the passing of the Regulation of Cemeteries Act in 1862. It reflects contemporary social attitudes towards the location, management and layout of cemeteries in the mid-19th century. It is noted for its high quality monuments and outstanding collection of cast-iron work associated with Gawler’s role as an industrial centre.

The first burial occurred on 18 November, 1866 and was that of Mrs Sarah Woodward Clement, aged 35 years, first wife of Edward Clement, Gawler Councillor and Mayor. The funeral was attended by a reported 700 people, some of whom would have been transported in the sixty vehicles that followed the hearse. The Bunyip described the cemetery at this time as a pretty place, securely fenced with an iron gate at the entrance and turnstiles on either side for pedestrians.

The cemetery was confirmed as a State Heritage Place in the South Australian Heritage Register on 8 November, 2001. For a list of all interments having headstones - 500 pages in alphabetical order of surname - Click Here. Also stored at the Gawler Public Library, microfiche of Births, Deaths and Marriages.

At the entry to the Willaston Cemetery are headstones taken from Pioneer Park.